The USAAF’s Strategic Air War Against the Third Reich 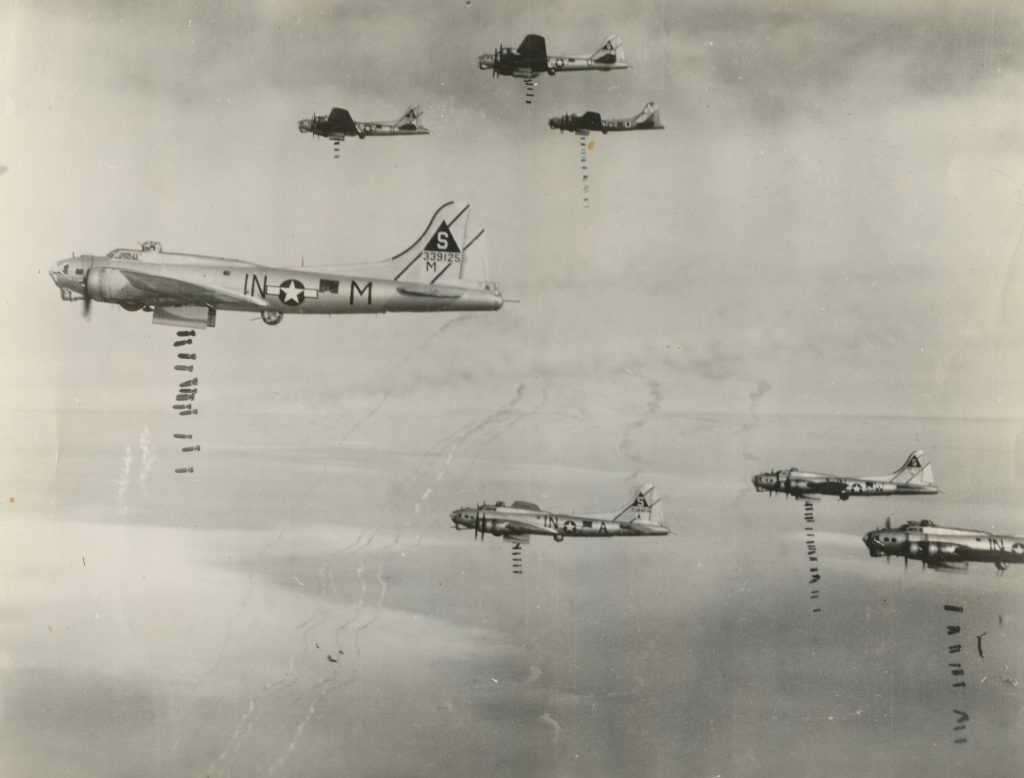 During World War II, the United States bombed German and German-occupied cities in an effort to cripple Nazi Germany’s war effort.  Drawing upon America’s industrial might, the U.S. government built a fleet of big multi-engined planes capable of carrying tons of bombs for hundreds of miles.  These strategic bombers were manned by crews who attempted to attack industrial targets – factories, shipyards, oil refineries, railroad yards, and others–precisely, with a combination of a new mechanical-computer bombsight and careful airmanship.  This was one facet of the America’s commitment total war: waging war on an enemy nation’s economy and industry, and ultimately, the enemy civilian population, instead of just their military forces.  In their efforts to cripple the German war effort, they found pre- and early-war assumptions and plans to be unworkable, and shifted their tactics, targets, and especially ethics in order to continue the strategic bombing campaign.

Historians, military personnel, and others have debated the implications of this campaign since the war.  Popular histories of World War II implicitly or explicitly claim strategic bombing helped win the war for the Allies in Europe. Critics have charged that this wasn’t quite true, and the Allies wasted lives and effort in trying to break down Nazi Germany from the air. Worse, perhaps the Allies drifted into unethical warfare by willfully causing the deaths of so many non-combatant civilians.  Between these positions, there are many possible points of view on the merits of the U.S. Army Air Force’s strategic bombing campaign.  To explore the campaign’s origins and conduct illustrates how wartime conditions can compel militaries and societies to drift away from pre-war values, escalate violence, and accept new norms for combat behavior.

The USAAF’s Strategic Air War Against the Third Reich