Familiar Beginnings: A New Semester and a New Season at Trainwreck Sports 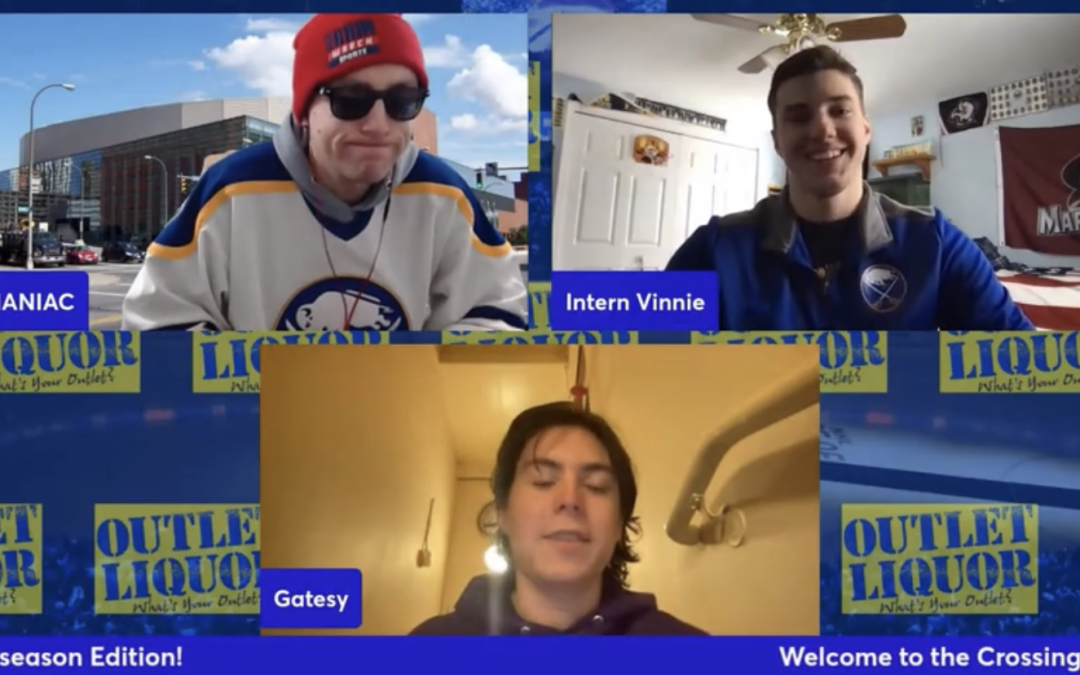 After Covid (and apparently bugetary issues) continued to eliminate my chances at some of my other internship location targets, I was fortunate enough to have the chance to “re-up” my internship at Trainwreck Sports for a second semester in a row under the conditions I expand my role in some way.

With it not out of the question that I would be continuing into the spring, I continued to stay with Trainwreck even after Canisius students left campus for winter break. Having the advantage of living in Buffalo year-round, I had told Zach, my supervisor, that I had full intentions of at least being with the “wrecking crew” until the conclusion of the Bills’ season.

With that said, the Bills season began ramping up as we got into December, and continued to provide Bills coverage throughout the end of the regular season and into the playoffs. I had been going to the home games and filming our man-on-the-street interviews, and doing the same at Rec Room Buffalo for the away games. Trainwreck provides media coverage as a promotional partnership with Rec Room. I’m not really a big bars guy, I never have been and probably never will be, but even I have to admit that the atmosphere inside Rec Room for Bills games is electric. It may be some of the most fun one can have watching a football game. I absolutely encourage anybody who would consider it to watch a Bills away game from Rec Room next season.

Since I had a full semester under my belt and had developed more confidence about asking to do things, I had the opportunity to participate in our halftime show from the Rec Room stage during the Bills vs. Patriots game after Christmas. Zach and I had about a three-minute-long conversation, and since the Bills were playing well, it was received with great success. Originally I was completely content with just filming those shows, but by this point I would say I was more than ready to actually be in front of the camera. I seemingly did a fine job, and didn’t make a fool of myself, which is always a bonus.

I, unfortunately, was unable to assist with any coverage of the Falcons game, due to the Omicron Variant finally catching up to me the week after Christmas. Despite that, I was back in action to go to the Jets game, providing coverage for Buffalo’s victory to clinch a second consecutive AFC East Championship.

Unfortunately, some family obligations kept me away from Trainwreck’s coverage of the two Bills playoff games, and as a result I had covered my last Bills game of the season aside from some of the social media and website moderations I do throughout the week. With that, Zach gave me about a week and a half off as Western New York reeled from our second consecutive season-ending loss to the Chiefs, which was welcomed because I didn’t get that break during the holidays.

Starting Sabres coverage this semester is more difficult than the Bills coverage was, due to the team genuinely being very bad and not terribly exciting to watch. However, the lack of eagerness from other folks gave me the chance to be one of the main pieces in our second half of the season Sabres coverage. Starting last week, we reinvigorated the “Crossing Swords Podcast” (follow us on Twitter) and instead of sitting behind the scenes, I get to actually be on the podcast, and it’s not like Spittin Chicklets but it’s sort of neat.

I’m really really looking forward to March, when we begin our “Best of Buffalo” Bracket, the most electric bracket that time of the year I promise.