This Train Never Stops: A Reflection of My Internship with Trainwreck Sports 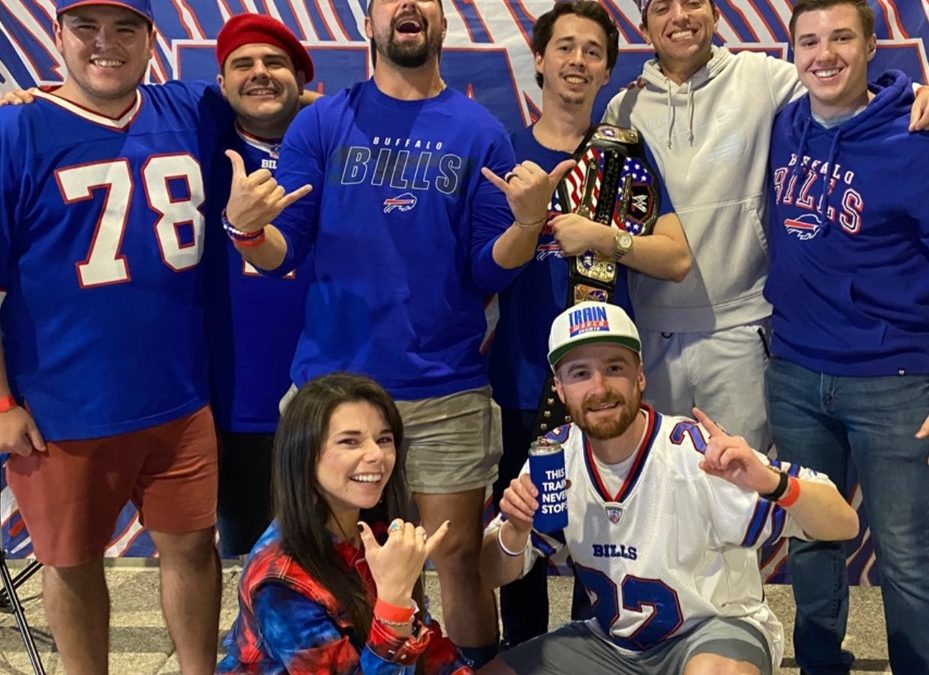 Despite COVID restrictions, The Trainwreck Sports Locomotive kept on chugging through the fall semster, and I was thrilled to be part of the process. So much so that I’ll likely be staying on board with the crew through the Spring semester at the very least.

I started my internship at Trainwreck sports about two and a half weeks into the fall semester, after struggling to find organizations that were taking interns due to the ongoing Covid-19 Pandemic. After seeing a Twitter post about Trainwreck Sports looking for interns for the fall semester, I reached out to Alex Shupe (or more commonly known as Degenerate Al on Twitter). After a little while, I heard back from Al and someone named Zach Sheldon, who I eventually realized was what I considered the face of Trainwreck Sports, Maniac.

The reason I assumed this was because he was by far the most common member of the “Wrecking Crew” to appear on my Twitter and Instagram feeds, but I would soon meet all of the other characters included in the surprisingly wide reach of the Trainwreck Umbrella. All of them were very welcoming, and I was excited to begin work as an in-person intern.

In the beginning of the semester, I had set a couple of pretty attainable goals for this internship, and while I didn’t directly accomplish all of them at the point of writing this blog post, my future trajectory appears to be heading to a place where I’ll accomplish those goals and more. Part of the reason I didn’t accomplish some goals was Covid related, which is sort of a tough unavoidable situation, but another reason was because of a shift in my responsibilities, which was something I hadn’t expected but welcomed at the beginning of the internship.

My first goal was to write at least eight articles for the Trainwreck website, and as of this point, I have only written one. While that seems like a drastic underachievement and quite frankly a failure on the surface, the reason for not accomplishing this goal was because my role as an intern shifted from partially remote and partially in-person to almost entirely in-person, which I prefer. I had originally set an eight-article goal because it seemed like that many articles would be necessary to fill my time requirements for my internship, but as I began hitting in-person events the time wasn’t necessary and the need for content wasn’t quite there… yet.

As we transition into the cold of winter and the Sabres season is in full swing, “Ty B” and I have discussed writing an article for the website after every single Sabres game, with a short recap and some analysis of how it went. Once we begin involvement in that more consistently, especially once the Bills season ends in the “spring semester” I’ll probably hit eight articles in like, two weeks.

My second goal was to appear on or in at least three podcasts or other content pieces, and I would give myself a C+ in accomplishing this goal. Again, part of the reason I didn’t accomplish it completely was because of Covid, we had planned to record a watch party for a world series game but one of the team members wasn’t feeling great. I have had opportunities to appear on the “2 Goalies 1 Mic” pregame show for Sabres games, but of the few times I may have had the chance to be on, I was working Canisius or St. Joe’s sporting events (which is my part-time job) so I couldn’t make an appearance. However, I was able to do some man-on-the-street interviews at one of the outdoor block parties, and I was glad to get that experience. I don’t believe they were posted on social media, because quite frankly I didn’t do a great job with them, but I think I know what I did wrong and will jump at the next opportunity to do so.

My third goal was to improve my abilities with Adobe Photoshop and Premiere, which I would say has certainly happened. I had worked on a couple of videos in Premiere especially, and feel much more confident about using that program. My best creation, or at least the one I was happiest with the result, was a tribute video for 26 Shirts about former Sabres star René Robert. The video should air towards the end of the year in a sort of montage, so you won’t find it on the website yet, but it’s in the pipeline. Now my aspirations have grown, and I am hoping over winter break to try my hand at motion graphics in Adobe After Effects to really fine-tune my editing abilities and make these short videos even better.

The internship has helped me with public media confidence, feeling less awkward about asking a stranger for an interview and sticking a camera and microphone in their face on the street. As I just mentioned, I have certainly improved with my editing abilities in Adobe programs, which will surely be helpful in the professional world. Of course, one of the most important parts of any internship is networking, and at this internship I’ve had the chance to connect with so many great local media personalities, some of whom are at Trainwreck, and others who work in other local media, like Matt Bovè and Nate Geary.

All in all, it’s been a great experience with Trainwreck where I’ve had a genuinely fun experience while broadening my knowledge in sports media. I have an exciting plan to return to Trainwreck through the spring semester and expand my role, jumping deeper into Sabres coverage and engaging more in the podcasts produced by Trainwreck (and maybe even starting my own). It’s been such a good time; I am all-aboard the Trainwreck locomotive and will hopefully continue to be involved there for a while.