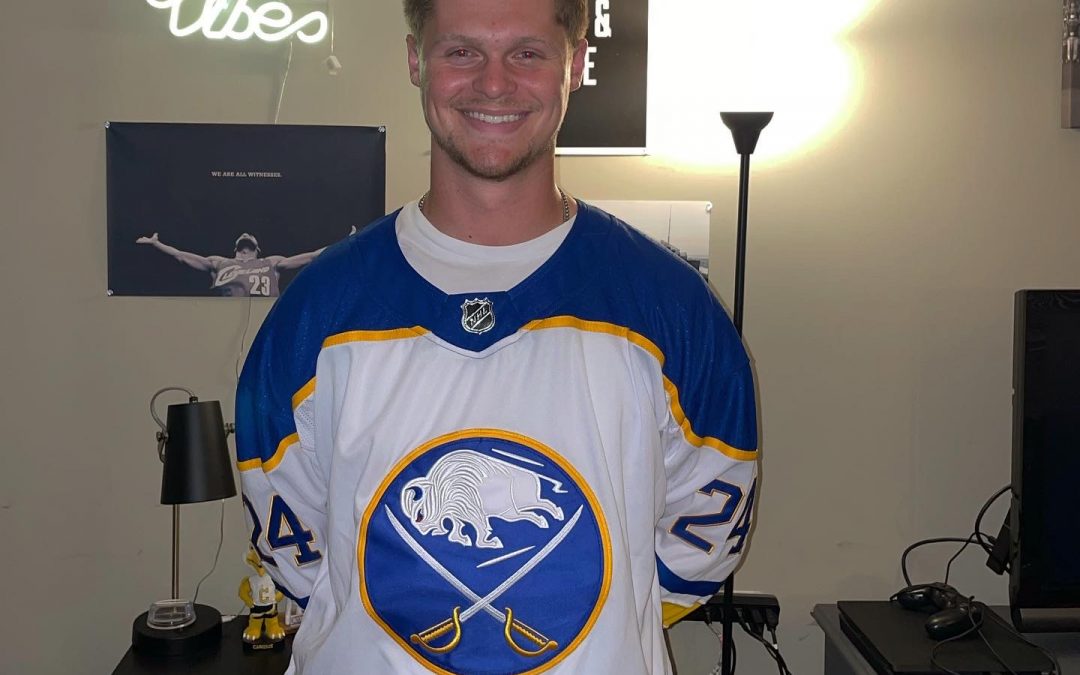 For those of you that don’t know me, I am Griffin Della Penna! I am in my junior year at Canisius, with a double major in Journalism with a sports broadcast concentration and strategic communication.

When Dr. Irwin and I started brainstorming possible ideal internship placement for me this semester, Pegula Sports & Entertainment was at the top of the list. Due to COVID, many of my other potential opportunities were hanging in the balance. Ideally, I wanted to have my internship finalized before the end of July just for my peace of mind and the hectic nature of my internship throughout the summer with the Batavia Muckdogs.

During the middle of July, I had a mutual contact connect me with Ron Raccuia, the President of ADPRO Sports and Executive Vice President of Pegula Sports & Entertainment. Mr. Raccuia and I already had a lot in common as a Canisius alumni and we were both a part of the baseball team as well. Another member of the PSE team that I got to know over the past few months is Chrisanne Bellas, the Vice President of the Media & Content department for the Buffalo Sabres.

At the time, there was no official posting of internships with Pegula Sports & Entertainment, but I continued to keep my eye on their website every night. Almost a month later, I was pleasantly surprised that Chrisanne reached out to me and told me that they were now taking applications. It was a rewarding feeling because I felt like I made a positive impression if they wanted me to apply for an internship.

Due to their familiarity with me already from our conversations, they asked me if I wanted to cover as a runner for the Buffalo Bills last preseason game in the production truck against the Packers. It was an 11 hour day was a great chance for me to be observant of what it takes to put a national broadcast together of that magnitude.

I made the next step in the application process was a Zoom interview with Chrisanne, Chris Ryndak (Director of Media & Content), JJ Territo (Producer), and Alexi Spector (Sr. Social Media Editor) last Wednesday. I felt like the interview went very well, and answered all of their questions to the best of my ability. Two days later, on Friday the 10th I got a call from Chrisanne saying that I got the job! The entire team at PSE was extremely excited for me to start in the near future, and that I would be a solid fit to the team.

Two other interns will join me, and our first day will be on Monday the 20th to just get our feet wet before the regular season starts. My current responsibilities will vary week to week; sometimes, I will be writing articles for Sabres.com, controlling social media during games, assisting the broadcasters, and much more.

This will be a once and a lifetime opportunity for me to learn from professionals because up to this point, a lot of what I have done is self-taught. I wish I could fast forward to Monday because words can’t describe how excited I am!