In March I attended the New York International Auto Show at the Javits Center in Manhattan. I was able to attend the show during the two-day media only period. I ran into several friends and contacts that I established throughout my time at The Boston Globe, and more importantly, I met new industry contacts.
The show itself was unbelievable. This was my second international show– I previously attended the North American International Auto Show in Detroit in January. The scale of the show is incredible, and it is the final show of the ‘season’ in the industry, so the manufacturers tend to show off. I was most excited to see the Porsche booth, as they no longer attend the Detroit show. Several manufacturers have announced that they are pulling out of the Detroit show, and after seeing how much bigger New York is, I can understand why.

I was able to meet a few of my ‘heroes’ throughout my time at the show, including Angus Mackenzie. Mackenzie is an editor at Motor Trend, and someone who I have been reading and watching for as long as I can remember. He spent about 15 minutes talking with me at a Porsche after-show party, and provided me with incredible insight into the industry.

I have many more stories about my time in New York, but I’d rather show you what it was like… check out some of my favorites from the show below. 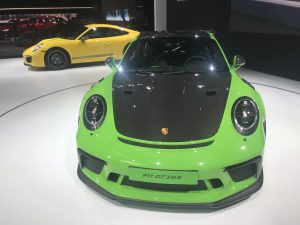 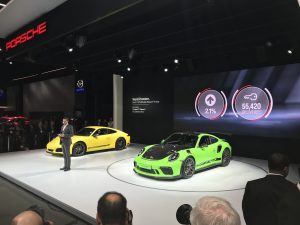 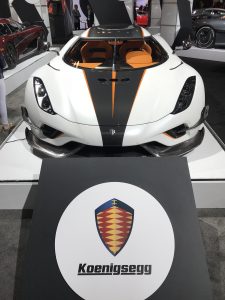 Koenigsegg Regera at the NYIAS. 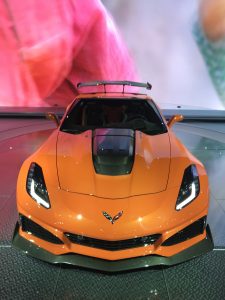 The brand-new Chevrolet Corvette ZR-1 at the NYIAS.